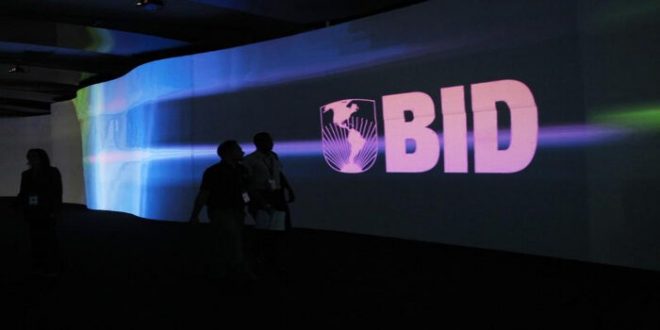 We reject US candidate Claver-Carone for IBD presidency

WE DEMAND THE POSTPONEMENT OF THE IDB ELECTIONS

WE REJECT US CANDIDATE CLAVER-CARONE FOR IDB PRESIDENCY

The next election of a new president of the Inter-American Development Bank (IDB), scheduled for September 2020, comes in a context of multiple crises for our region, the current global epicenter of the new coronavirus pandemic.

In this difficult context, with unprecedented health and economic impacts in the history of Latin America, the Trump administration has proposed its adviser and current director of Western Hemisphere affairs for the United States National Security Council, Mauricio Claver-Carone, as candidate for the IDB presidency.

With this, the US has broken an unwritten agreement in force since the bank was founded in 1959, by which this position should always fall to a candidacy proposed by a Latin American country. The governments most aligned with North American politics in the region supported this proposal, while the majority have shown caution.

Even worse, public statements made by Mauricio Claver-Carone are contrary to the current needs of Latin America. The US candidate’s approach is summarized in (i) economic growth as the most important aspect of the role of development banking; (ii) the consolidation of North-South relations through North American transnational companies to guarantee their economic security; and (iii) the condemnation and punishment of countries on which there are already economic sanctions by the United States.

In contrast, the type of response that our countries need to face the pandemic and the severe consequences that it is causing in the economic, social and labor fields, requires an IDB with renewed short and long-term approach and actions, moving away from the dominant neoliberal architype that can no longer solve the enormous challenge imposed on us by Covid-19. The recovery period will be long, and increasing levels poverty and inequality are expected. Continued prioritization of investment in sectors such as infrastructure, transport and energy to develop extractive industries, facilitate foreign trade or promote private sector mega-projects, with negative socio-environmental impacts, will only undermine the way out of the crisis.

Hence, we need an IDB seeking to promote agriculture, food security, environmental protection through a change in the energy matrix, local value chains, endogenous growth and productive employment; an IDB that responds proactively to calls for debt service cancelation as well as granting highly concessional financing, among other new priorities for the region.

In light of the above:

The Inter-American Development Bank (IDB) can play a key role as a regional development bank for Latin America but, for that, it needs to transform.

You can adhere to this statement in the following link: https://forms.gle/ZfXQVkFMbAXCSwtJ6

Endorsements to our declaration