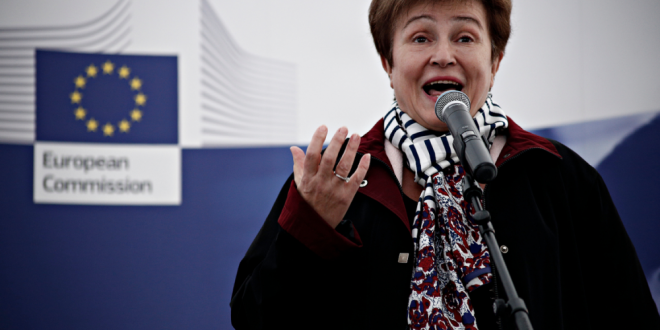 Over 60 civil society organisations, including PSI, have written a letter to IMF Managing Director, Kristalina Georgieva. The letter calls on the IMF to focus on the harmful aspects of its own policy advice on women’s rights and gender equality.

As civil society organisations working for gender equality and women’s rights, we would like to take the opportunity to write to you in your first few months as Managing Director of the IMF. We have taken note of your statements about the positive contribution civil society engagement can have on the work of the IMF and we agree. We aim to ensure that our experiences, familiarity with local contexts and research expertise will inform the work of the IMF during your tenure.

Since the IMF started exploring gender as an emerging issue in 2013, a number of us have been in ongoing discussions with its staff and Executive Board on the question of whether there is an appropriate role for the IMF to play in creating an enabling macroeconomic environment for gender equality and women’s rights and if so, what that may look like. Many of us have spent considerable time reflecting on those questions through a feminist, gender transformative approach that ensures compliance with international human rights commitments and leaves no one behind.

While we represent a variety of different communities and perspectives, our collective analysis is that, separate from the IMF’s new gender work, addressing the ways in which the IMF’s conventional, ‘bread-and-butter’ policy advice can adversely impact gender equality and women’s rights is absolutely crucial and must be central to the Fund’s approach to gender.

As you pointed out at the women’s economic empowerment event during the Annual Meetings in October, the IMF has recently publicly recognised that its own policy advice can indeed exacerbate gender inequality. IMF staff guidance specifically recognises that “budget cuts on subsidies and social programs [and] cuts in the public-sector wage bill,” for instance, can disproportionately impact women and advised staff to, “in these instances…consider an alternative policy mix.”[1] We welcome this development and your recognition that “the IMF has to be much more mindful of whether its policies are contributing to a reduction in inequalities, or if they perhaps risk expanding inequalities”, as well as your commitment to embrace the IMF’s work in this regard “wholeheartedly”.

Yet the IMF still has a long way to go in operationalising this guidance in practice. For instance, while we welcomed the IMF’s new research recognising unpaid care work as a significant economic activity, we remain concerned that it fell short of acknowledging how the austerity-focused structural adjustment policies endorsed by the IMF not only exacerbate poverty and inequality, but also continue to further increase women and girls’ unpaid care burdens.

At various Spring and Annual meetings, the testimonies of women’s lived experiences and our research have unambiguously demonstrated that the policies still commonly recommended in IMF surveillance and lending programmes, especially fiscal consolidation, regressive taxation and labour flexibilisation, have exacerbated the feminisation of poverty. This has had the effect of pushing women into informal, low-waged work, increased their unpaid care burdens, and negatively impacted on their access to education, health and social protection. These types of policies have had particularly detrimental impacts on the human rights of women and girls in the Global South, as well as on wider poverty eradication and equitable, sustainable development. IMF loan programmes in particular continue to be designed without the integration of independent ex-ante gender impact assessments informed by local feminist and women’s groups, leading to continued harm and exacerbation of structural gender inequalities. While we recognise that efforts are being made to develop gender impact assessment models of conventional policy advice at the IMF, making progress in this field simply cannot wait or be fully reliant on abstract modelling work that is still in its infant stages and must rely more on the vast amount of work already done by feminist economists and others outside the IMF or World Bank’s research departments.

The UN High-Level Panel on Women’s Economic Empowerment, of which the IMF and World Bank were members, determined in 2016 that removing the structural macroeconomic barriers to women’s economic empowerment is part of the urgent task of accelerating progress towards gender equality and women’s rights. With 2020 marking the 25th anniversary of the Beijing Declaration and Platform for Action – the first of its kind to recognise macroeconomic policy as a feminist concern – the urgency of creating an enabling macroeconomic environment for women’s rights and gender equality has never been so pertinent.

Thus, we firstly call on your leadership to ensure the language of Paragraph 26 of the IMF’s note on operationalising gender is explicitly included as general staff surveillance guidance as part of the ongoing comprehensive surveillance review, as well as in debt sustainability frameworks, ensuring this work is institutionalised throughout the Fund. We are also calling for the surveillance review to recommend that IMF staff actively reach out to the IMF CSO liaison team to facilitate in-country consultation with local feminist and women’s rights organisations in civil society. Finally, understanding the IMF is to continue to operate on a flat budget, we ask you to work to prioritise and adequately resource the Fund’s gender, inequality and poverty impact assessment work relating to IMF-policy advice specifically to further develop it and enable its systematic roll-out at country-level.

While we recognise the various challenges in pushing this work forward within the IMF, we cannot begin to see the Fund as a true supporter of women’s rights until we see a marked shift in IMF policy advice away from some of the most harmful conventional macroeconomic policies.

As you embark on your first term as Managing Director, we will be closely monitoring how the Fund’s approach to gender continues to develop and will engage with you, your staff and the IMF Executive Board in frank and open discussions so that IMF policies and programmes benefit from our substantive input. 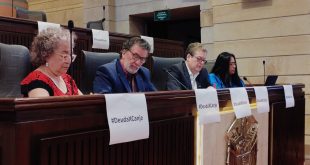 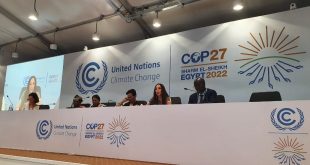